We’ve got a lot going on lately! In fact, this week we happen to be preparing for a party we’re throwing this coming Friday night. Due to busy-ness, I decided to approach this prompt differently than I might otherwise have during a less busy week. Instead of making party food, I thought I’d showcase foods we’ve made for parties in the past.

Chicken enchilada dip and pizza dip – just two of the reasons Mike calls me the Dip Queen of the Vegan Scene (I’m not, but that sure is cute).

We love parties ’round here. We throw three a year: my birthday, Birthoween (which is Mike’s birthday and Halloween combined, held between his birthday on the 21st and Halloween), and a cookie-decorating party in December. Some years have more than three parties – we’ve had summer solstice parties, an engagement party, a waffle party, a graduation party when I got my AA, our wedding (the biggest party of all!), and we even had a taco & beer fundraiser for reproductive rights. And we often have smaller, party-like gatherings such as game nights, pumpkin carving get-togethers, brunch club, and sometimes we even have people over for Friday Night Bad Movies & Junk Food (our cherished weekly ritual, as my Instagram friends well know). But we always have the three biggies!

I’m sure it isn’t surprising to anyone that we always go all-out with the food at our parties. Here’s (part of!) the spread for my graduation party:

This particular party featured 5 different dips (queso, french onion, Texas caviar, chocolate fondue, and jalapeno popper dip), so perhaps there is something to that nickname Mike gave me!

Some samples from my birthday parties:

seitan barbecue brisket and all the taco trimmings 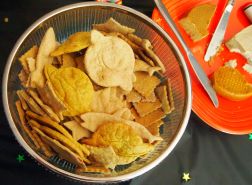 no restaurant taco bar could beat it

But far and away, the party with the biggest and best food is our Birthoween party! The only thing we love more than impressing our friends and family with party food is doing so with themed party food – and both Mike’s birthday and Halloween inspire us like nothing else.

We love our Halloween beverages: 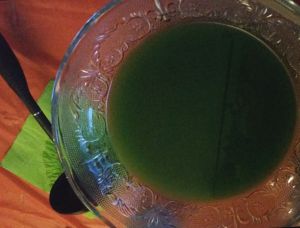 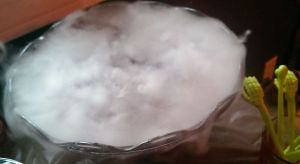 We love our themed dips and dippers: 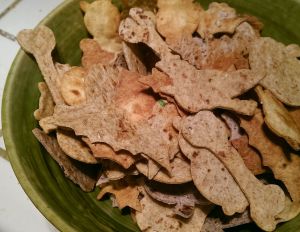 Boo chips! These aren’t homemade, but they’re so adorable that they’ve become a Birthoween staple. They’re tasty, too!

We love our mac o’lanterns:

We adore our adorable finger foods: 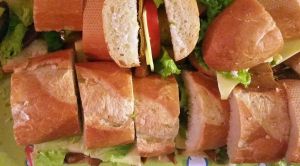 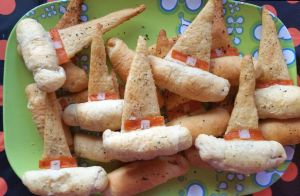 We really, REALLY love our pizzas: 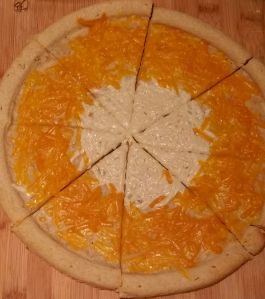 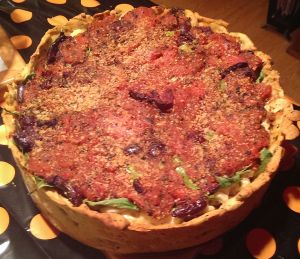 The most ambitious pizza I’ve ever made – a mac & cheese-filled deep dish pizza!

Look at that mac & cheese deep dish pizza! It was a lot of work and it was totally worth it – anything for Mike!

And what’s sweeter than a themed dessert? 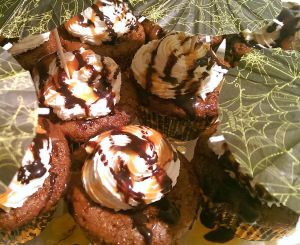 As you can see, we love our parties and we have SO MUCH FUN with our party food!